How does a Record Player work 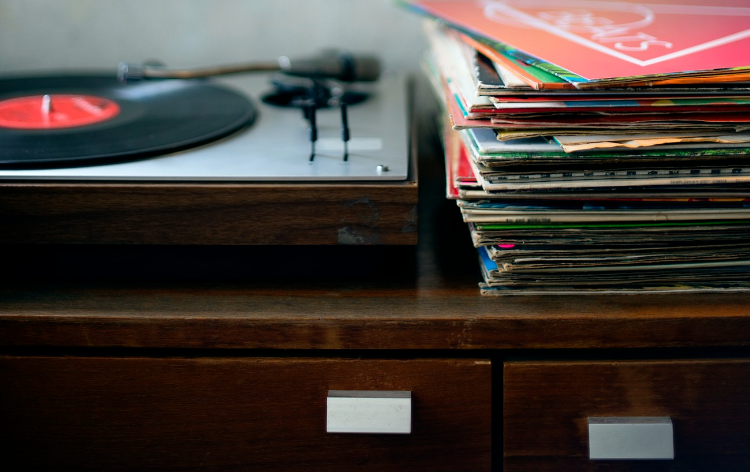 Record player are becoming awesome again! In fact they have been awesome for ever, but now more people are starting to realize it. But few people know how that turntable is producing music, so what is the mechanism behind the vinyl sound?

Sound is just a vibration

Better said, sound is a vibration that reaches our ears. Most of you will have heard at school that sound is a wave that is transported by air or some other substance. In order to refresh your memory, this is how a sound wave looks like: 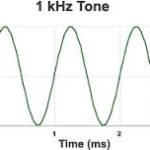 Air is bouncing, not traveling

It is important to understand that the air is not traveling over distance like a thrown rock, it is more passing the wave along like a snooker ball when hitting an other ball. So, each molecule hits the molecule next to it and so on. Like domino stones falling, they hardly move but the effect is traveling:

So, how is this traveling wave becoming a word of song?

How do we hear that wave?

When this vibrating air reaches our ear, our eardrums get hit by the molecules. The vibrating wave is making our eardrum vibrate as well. These vibrations received by neurons, converted into electrical pulses and transported to our brain. Our brain then interprets these electrical signals as sound.  What we hear as sound is thus air that makes our eardrums vibrate. 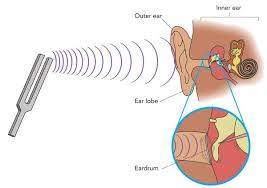 The sound of a record player

The grooves in a record are thus not straight lines, there is a curve in them. The grooves now thus contain the vibration that make up the sound during the recording. In order to play the record, this process needs to be reverse engineered.

The needle vibrates in the same way the air was vibrating during the recording of the music!

When this signal is amplified, the signal is increased and thereby the sound is made louder. There is thus in theory now electricity or whatsoever needed. In fact,. in this YouTube video a turntable is made from only a needle and an paper horn.