For the ones who do not know Record Store Day; it is the day that we celebrate the independent record stores, the third Saturday of April. Each year this day is graced by new releases. So this day is a biggie for vinyl collectors.

After the success of 2014, 2015 was aiming for even more. In 2014 Rolling Stone calculated that 58% more records were sold. With vinyl becoming more and more popular, the scene is on the rise. Some say however that this is also the Achilles heel of RSD, the focus is more and more on making sales. The new releases are becoming so exclusive that they become commercial again..

But not only is this day about new releases, also the culture of vinyl music and more specific of independent music stores is celebrated. With more and more commercial influence from the big labels, it can be hard for stores to have their own collection instead of all the mainstream songs. This leads to less diversity and thereby less quality. RSD is a chance to really dig through the whole variety of music. The aim is therefore not promote the mainstream big labels, but to discover some new music in the classic stores that bring us vinyl albums for decades and decades.

Numbers of records sold for RSD 2015

Still the numbers of sold records are decent:

So, one could say that the RSD´s are a success. But there is also criticism. With the focus originally on independent stores, RSD is more and more captured by the big brands and labels. Making it still a great event for vinyl, but not with the focus on the gems in small stores. This is giving RSD a double character, yes the vinyl gets attention but that attention is shifting to the same big names we find anywhere in the music branch.

How to continue Record Store Day

So, in what way should RSD 2016 be presented. Are we still able to promote the ones that started this event, the small independent store owner?

Well, lets be fair, it won’t be easy. With the ambassadors being big artist with huge contracts with the main stream labels and brands, there is a lot of money on the line. And with that money, the game is played at a whole new level. With the big names representing RSD, the big money will stay. And that money is not interested in diversity and creativity. Nope big labels want to sell as many as possible. Therefore, with choosing each year ambassadors which sell millions of albums, nothing will change for the good.

It may be time to give RSD back to people who started it, the obscure small stores with numerous crates full of lp’s, those still make the backbone of R(SD).

With modern music being brought to us by MP3, Spotify or YouTube, there is less room for nostalgia and emotions.... 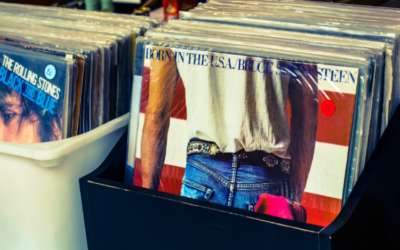 What are the Best High End Turntables?

Introduction Everything that gets out in the open market is a subject to a single law – there are better products, and...