Introduction to the big names in the turntable industry

We all like the sound of nostalgia and the aura of reminiscence that looms about our record players, but do we ever wonder – “Who made this masterpiece?”
The chances are pretty high that you could find the right answer among the names of the greatest vintage turntable brands. These manufacturers have gone a long and hard road to be where they are now, and it’s only fitting that we address them as “the best of the best”. If you’re interested in finding more about them, we’ve compiled a detailed report on some of the prominent names in the record player industry.

A honorable mention goes to Crosley Records. They improved the original turntable model for decades to the point of perfection. 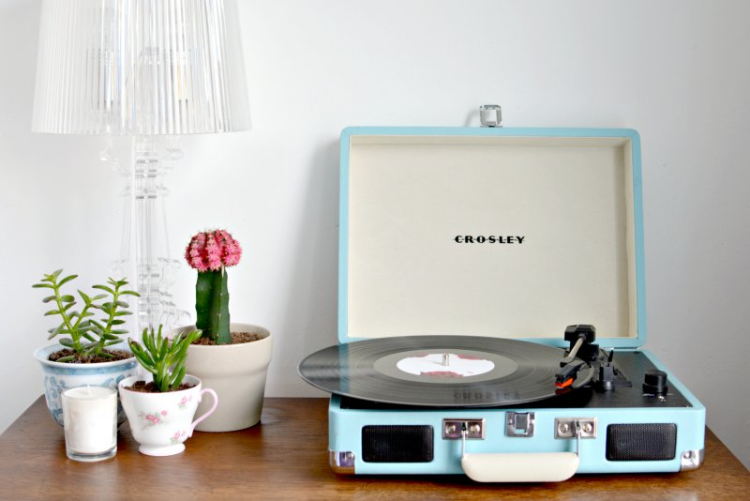 The best of the best – Audio-Technica

Audio-Technica was founded in 1962 in Shinjuku (Tokyo) by Hideo Matsushita. 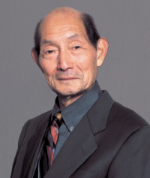 This manufacturer’s headquarters are stationed in Machida (Tokyo), but they operate via satellite companies worldwide.

Audio-Technica is a brand that’s been here for quite some time. The products that earned them their fame are, actually, turntable cartridges – AT-1 & AT-3, to be precise. They are known for their hard work and effort, and it’s safe to say that they’re one of the best brands that you can rely on when it comes to quality.

Their turntables often have a peculiar design – they usually implement a cool, vintage-style design in their products, and spice it up a bit with some modern features and controls. Anyhow, one of the best things about them is that they offer a wide variety of products.
Headphones, earbuds, earphones, microphones, record players, and a lot more – this is a quick summary of their main catalog, but their stocks are ever increasing. You could hardly make a mistake by choosing them – they earned the trust of their customers by delivering consistent quality.

When it comes to awards, Audio-Technica earned quite a lot of them. In fact, they practically earned an award each four years. It’s beyond question that they earned their place, and the living proof of that is that they operate for more than half a century. Some of the most renowned awards they received are:

Now, their work speaks for itself. Among the most notable products, we could name a few that you might have heard of already:

Audio-Technica usually designs their turntables in a very simple manner, and the same applies for most of their products in different categories (headphones, microphones, etc.). They value performance attributes, and they point out how important it is to actually enjoy your products, rather than just look at them and marvel at their beauty.

This brand started making their high-end products back during the First World War. Jensen Electronics brand was founded in 1915 by Peter Jensen.

Originally, the brand was founded in the USA (specific location is unknown), but they operated in Germany as well.

Jensen Electronics were founded by Peter Jensen, the inventor of the 1st loudspeaker ever. It’s very hard to imagine the hype at that time – people didn’t have the means to enjoy their music as much as they do today. Record players were scarce, and pretty expensive too.
Anyway, the Jensen Electronics company included several brands over the course of years, and they numbered Jensen, Acoustic Research (as known as AR), Advent, Phase Linear, NHT Loudspeakers, and more. They operated for a century before they were acquired by the Namsung America (as known as Dual-Electronics Company). 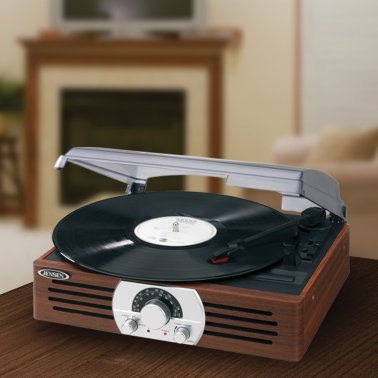 Jensen Electronics began their road to fame with their famed invention – the loudspeaker. Ever since then, they improved the design and only added years of experience to the golden recipe. Nowadays, they’re famous for their vehicle sound systems, and, of course, their high-end turntables.

Apart from record players, they also include various other products in their catalog.

Jensen Electronics turntables have a beautiful design, but they’re nothing too radical. They kept to the roots and only added additional features when the market demanded it. You could easily recognize their record player from a mile – they’re often versatile, but they’re also quite expensive.

A perfect mixture of vintage and modern technology – TEAC Corporation 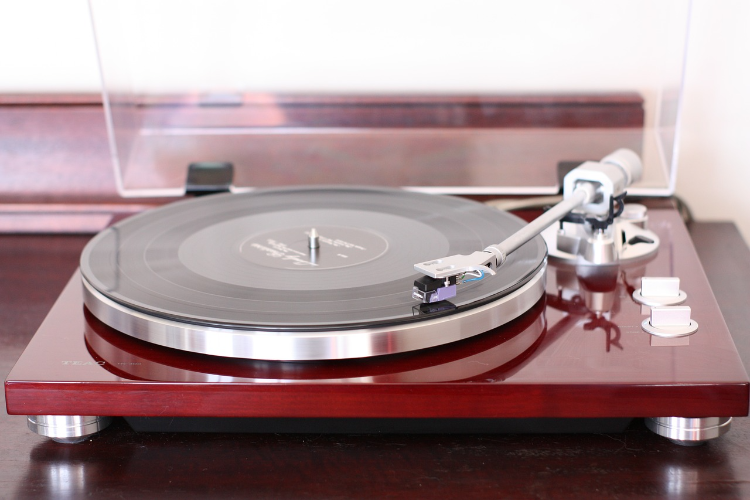 TEAC Corporation is a Japanese Electronics brand that was found in Tokyo (Japan) in 1953. They’ve been around for quite some time, and they’re a part of Gibson Brands Incorporated.

At the moment, Teac Corporation operates from Ochiai Tama-Shi (Tokyo).

TEAC Corporation was originally named the “Tokyo Electro Acoustic Company”. Their catalog included various record player cartridges, some of the basic models of turntables, and similar electronic devices. Now, people really like TEAC, and there’s a strong reason for that – they have a nice customer service, their products are ingenious and (nearly) flawless, and their prices are quite affordable.
Simply put, TEAC provides what people need – quality, above all. We can’t say that they have a pattern that they follow, as long as we’re speaking about their products, but they certainly have a sort of code, if unwritten – they’re highly reliable, always available, and they accept criticism wholeheartedly. You can see that’s true by simply looking at their models – each is an improvement over the previous one.

TEAC Corporation holds several series of high-quality turntables, among which we could number TN, LP, MC, and more:

The LP series is much alike the MC, with slight modifications – it’s a series of turntable + speakers combos that are decently affordable:

This brand keeps flowing like water – they’ve been around long enough to learn that every successful brand needs to accept change, and that’s what they did – their products mirror diversity, and that’s the beauty of it all. You could find several products from the same series that don’t look too much alike.

The manufacturer of many a great turntable – Stanton Magnetics

Stanton Electronics were founded in 1946, and now they’re a part of the Gibson Company.

At the moment, this brand operates from the United States, Florida (Deerfield Beach, to be precise).

Stanton Magnetics is, what we could call, a modern way to express the feel for vintage. They’re classy alright, but they don’t have that scent of nostalgia looming above them, which is the case with most old-school record player brands.

Now, some people like that quality, but some people don’t. Turntables are, they were, and they will be a piece of history – no matter how much effort the brands invest to recreate and reinvent them. Anyhow, there must be a reason why this brand managed to climb on top over the course of last 70 years.
This reason would be pretty obvious if we look at the modern fashion waves – hipsters, DJ’s, and urban kids developed a taste for antique stuff, and the first things they’ve noticed were, obviously, Stanton Magnetics record players. Why is that, you ask? Well, they look as if somebody made a stew out of nostalgia, poured some modern sauce, and spiced it with a taste of urban.

As we’ve mentioned earlier, Stanton Electronics include a wide range of DJ record players, but they never stopped there. The 500 series may just be one of their most popular series of magnetic cartridges, but it’s pretty certain that DJ’s had the best time ever since the invention of Stanton turntables. Some of their greatest series involve:

Note: The reason why we didn’t involve the “official” name of these series is because they all start with a prefix “T”. That would, of course, mean that there’s only a single generation of products that were improved over time, but that’s not a case if we consider the facts.

If there’s a brand that’s more innovative than Stanton Electronics, it’s so deep in the underground world that only a handful bunch of people know that it exists. Anyhow, this manufacturer laid everything on the line – they practically started from a scratch, and they pulled out everything they had when they released their first products.

Today, we call these turntables “DJ turntables”. They have a striking appearance, as they have simple plinth models that are outfitted with various features and settings that professional need. 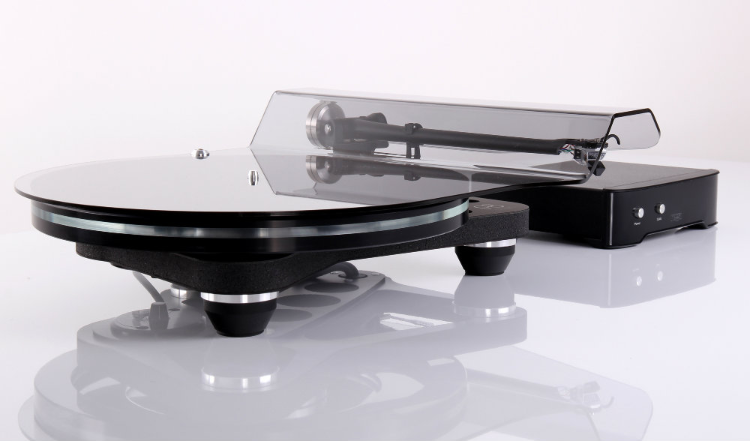 REGA Research Ltd. is a brand that was founded in 1973 by Roy Gandy, Terry Bateman, Mike Stops, and Phil Freeman. It’s not a certain fact that all of these people actually took part in the founding process, but they’re certainly the people that had the greatest impact on the company.

This record player manufacturer is stationed in Essex, England, and they mainly deal with Hi-Fi equipment and record players.

REGA Research company is one of the youngest leaders in the record player industry, but that doesn’t mean too much – they literally didn’t need the time to climb up the ladder to stardom. Their record players, turntable cartridges, stylus models, and tonearms were a huge hit when they landed on the market.
Luckily, the vast majority of people had already developed the need for high-quality record players, and REGA was there to deliver. When you need a high-end turntable, you search for Rega record players. That’s all there is to it – people appreciate a brand that is consistent in the terms of quality.

Now, REGA owns several generations of premium-quality turntables, but we could name REGA Planar P1 and REGA Planar 2 as their greatest accomplishments. These record player models are definitely some of the best that money can buy. Their design is incredibly straightforward, but their performance is something unprecedented.

Beautiful, simple design, and a set of top-notch features. These are the things to look out for if you’re looking for a REGA product. 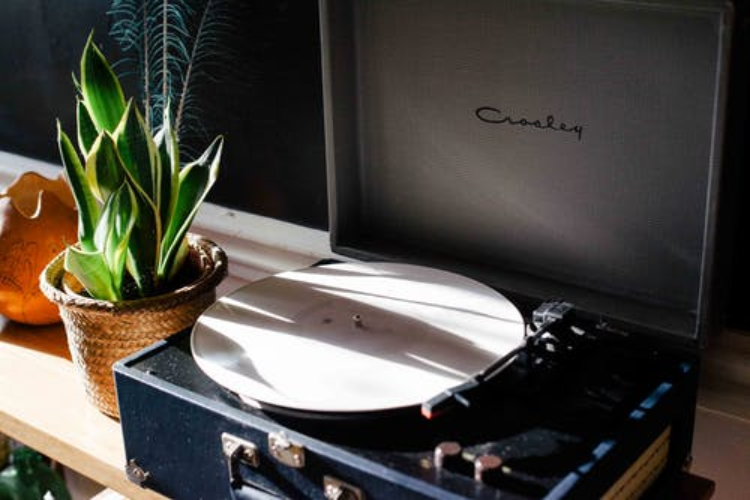 We’re not going to go in-depth with this one, mainly because most people have the right idea as soon as this name pops up. Crosley is the brand that didn’t invent record players, but they certainly gave them a whole new function and level.

If quality ever had a name, it would be Crosley, without a doubt. This brand is responsible for improving the original turntable models to the point of perfection. They started out small – Powel Crosley took some of the record players that were on sale and gave them a new purpose. Nowadays, their record players are amidst the first products that are on display in every notable turntable shop.