Back To the 50’s Executive Antique Trumpet Horn Phonograph 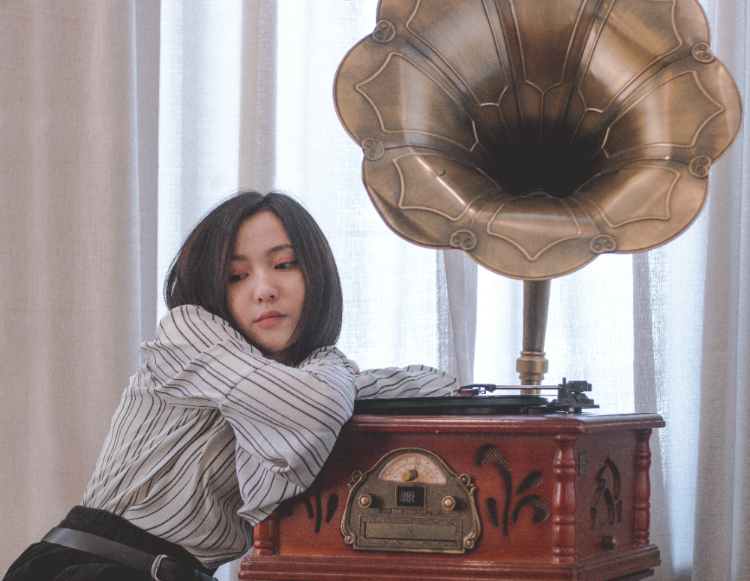 Introduction – a word about the manufacturer

The original name of the brand responsible for this beautiful phonograph is “Back to 20s”. They are, to say the least, intriguing. Their catalog is one of the most versatile when compared to every other manufacturer, as they literally sell everything. From communist books, over vintage dresses, to high-end antique phonographs.

Now, since we’re mainly interested in the latter. We’ll stick to phonographs, and to the answers to “why should you consider this amazing phonograph”. Back to 20s is the underdog in turntable industry. They can go toe to toe with some of the most reputable brands.

This manufacturer is bold enough to compete with some of the best brands in the turntable market – phonographs are rather outdated, and only a certain group of people is interested in them. Antique item collectors, old-school people, and generally everyone who likes vintage stuff mike be into phonographs, but that’s 10% of people, at most.

What are antique phonographs?

Phonographs are the predecessors of record players. They were invented in the late 19s, and they used various mechanisms to record and reproduce sound. The main reason why this brand got the name is because “phonographs” changed the name to “gramophones” in the beginning of the 20th century. We’ll stick to the term “phonograph” for the time being.

Now, the very first phonograph was invented by Thomas Edison in the beginning of 1877. There were similar products at the time, of course – devices that could record sound, but there wasn’t a single one that could actually reproduce it until the invention by Thomas Edison.

The first phonograph recorded the sound onto a sheet of tinfoil that was wrapped around the rotating cylinder. The phonograph stylus then responded to vibrations that were produced in the foil, thus making the sound.

One of the greatest impacts on the basic design of the phonograph which ultimately led to the invention of record players was the transition from the old phonograph cylinders made of wax onto thin, flat discs that had spiral grooves which ran all the way to the center. This breakthrough can be prescribed to Emile Berliner.

Phonograph vs Turntable? What are the advantages? 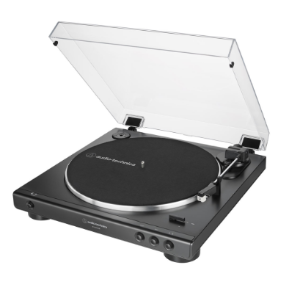 Most people would agree that record players are superior to Phonographs. That might be true, but that’s like comparing the chicken and the egg. Phonographs are older, and they feature simpler designs, inferior sound capabilities, and they are prone to occasional errors and failure. Now, not everything goes against phonographs – there’s a full list of benefits that a modern phonograph (or, at least, a re-designed antique phonograph) can offer you:

Record players can’t match the beautiful design of phonographs, that much is certain. Phonographs usually come with a special trumpet horn that acts as a speaker, and that’s one of the main reasons why they are so attractive.

Secondly, phonographs look antique and vintage no matter how old or new they are. There are some record players that fall into the vintage category, of course, but they can’t even come close to antique phonographs.

Phonographs might be inferior when it comes to the sound output if we observe it from the audiophile’s angle. Now, the sound coming from the trumpet horn might be a bit distorted, but it has a special nostalgic ring about it. It’s something that turntables didn’t care to replicate (or couldn’t). Modern manufacturers reinvented record players, pushing them further from the original concept.

Original phonographs didn’t have a lot of outstanding features, but that might not be the case with some newer models (Back to the 50s is a perfect example for that). Now, some brands are interested in “recreating” the design of older phonographs. All while implementing some high-end features in their performance list. This is why there are still some models that can match the sound output of a turntable.

The design of Back to the 50’s Executive Antique Turntable

This is, perhaps, the first thing you will like about this amazing phonograph. It features a simple wooden plinth and the unique trumpet horn speaker. The horn is extremely beautiful, but we shouldn’t skip the base. A beautiful construction with a vintage finish is what decorates the plinth of Back to the 50’s Executive Antique Turntable.

There’s also a small flaw in the design which might be the deal breaker here – the horn is made of plastic. It’s not flimsy, but it’s definitely not durable, so you might want to pay extra attention to how you handle it.

The performance of Back to the 50’s Executive Antique Turntable

Back to the 50’s Executive Antique Turntable is a versatile record player that can reproduce your vinyl records at three selectable speeds, it’s supplied with a MP3 and CD player, the AM/FM radio, and various inputs and outputs.

As for the audio performance, the plastic horn delivers a unique sound. Now, it might not suit everyone’s taste, but the objective rating of the sound performance would be 8 out of 10, at best. The ceramic cartridge has been pre-mounted, and it adds to the overall feel of the audio output, but you should keep in mind that this record player’s main forte is the outward appearance.

Back to the 50’s Executive Antique Turntable comes supplied with a beautiful Trumpet Horn, the AM/FM radio, a CD player and the Cassette Deck, the SD card reader, a single USB port, and a Li-Ion 3V CR2025 battery. It’s, essentially, a versatile record player that is highly capable of satisfying the needs of most audiophiles, but it doesn’t excel in the field of sound performance.

Value for the price

The good and the bad about this turntable requires side by side comparison if we want to pass on the final verdict. There are lots of good things about Back to the 50’s Executive Antique Turntable, but there are also some downfalls which reduce its overall value.

The gramophone market isn’t as vast as the record player market, so finding a good model is quite hard. However, Back to the 50’s Executive Antique Turntable is one of the best models in the price range. You might want to take it into consideration if you’re searching for a high-quality gramophone.